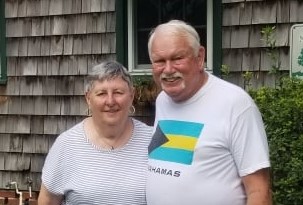 Last Sunday, Fr. Denis announced that we would be leaving St. Philip’s in July. We have been thinking and praying for about six months about moving back to Colorado to be closer to our families. It has not been an easy decision and yet we feel that it is the right move for us at this point in our lives. We spent our vacation exploring the area around Pueblo, Colorado (in the SE part of the state, just south of Colorado Springs) and decided that would be a great place for us to relocate. My son and his wife are an hour north and my two grandchildren are in the Denver area. As we were getting ready to leave on vacation, Denis’ son called to say that he and his wife and two small children had been talking and they had decided to leave Seattle and relocate to Colorado as well. In fact, they are further along in the process than we are, having already purchased a house about 3 hours from Pueblo.

We will leave Jacksonville as soon as our house sells. In the meantime, this is indeed a bittersweet move. We love the idea of being able to be more involved with our biological families but hate the idea of leaving our St. Philip’s family. You have been an integral part of our lives for almost ten years. You have welcomed us with open arms and have shared yourselves and your stories, enriching our lives in many ways. As Denis is fond of saying—this is the only church where Jo Ann actually looks forward to women’s gatherings because they are so much fun. We are not gone yet, and will be around through July 11, but even after we leave we will carry you in our hearts and in our prayers.

Our love and respect, 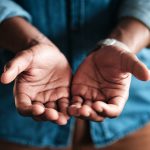