In the late 19th and early-to-mid 20th centuries, there were thousands of racial terror lynchings across the country. These violent acts targeted not only the victims themselves, they were designed to subjugate an entire segment of American society. They were designed to promote white superiority, white supremacy. Those who were tortured, drowned, burned alive, and hung were never honored, and their loved ones were never given the opportunity to properly grieve.

This Sunday at 3:00 pm, you’re invited to join others from Facing Racism and 904WARD, as we gather to honor the life of Edgar Phillips. Nearly 100 years ago, on December 18, 1923, 30-year-old Edgar Phillips was tormented, beheaded, strapped to railroad irons and then dumped in McGirts Creek. Four days later his decomposing remains were discovered by a local fisherman. Authorities concluded their investigation without pursuing murder charges. As with countless other racial terror lynchings, those who murdered Edgar Phillips did so with impunity.

Join us on Sunday at 3:00 pm at McGirts Creek Regional Park, 8435 118th St, Jacksonville. Immediately following the Soil Collection Ceremony 904WARD will host Caring Circles, offering community members the opportunity to grieve, connect and heal. All will be said and done by 5:00 pm. 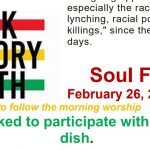 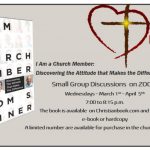